The crucifixion presented in this church to believers and non believers alike, comments Professor G. Anania, an artistic masterpiece of ten metres in length and approximately five metres in height -is born from the intense interior anguish of the artist, Renzo Chinnici, in the moment of his creative act and his reflections on the sublime sacrifice of Christ, made man in the womb of the virgin mary, to redeem humanity from sin. Lorenzo Chinnici in the act of his creation lights his fire and grasps the objective meaning of new content, of new forms of a painting disgorged from the depths of his soul the soul of an authentic believer. He translates in colour and form his concept of the crucifixion, allowing the observer to see with amazement, with trembling reflection.The sacred representation of Lorenzo Chinnici which springs from a deep act of faith is given not only to the faithful believers in the hope of reinforcing even more the faith of those who already possess it, but also to open, rather to throw wide open to god the doors to the heart of the agnostic and the indifferent. The composition of the work is divided into two distinct zones, to the right of the viewer one sees the crowd gathered on Golgota, amongst whom stands out the young John who is turning his gaze towards the sad Mary and the ancient Joseph of Arimatea with a dumbfounded expression. These are personalities of much spiritual fascination. To the left are depicted Roman Centurions with red tunics, with sandals and knee length boots, with banners, lances and helmets. All of whom display an attitude between menacing and perplexed. In any case they are all figures which, once seen, can never be forgotten. At the centre of the work is Christ crucified stoneyfaced with pain, made marblelike by the intense physical suffering, a face dominating and intensely magnetic. Worthy of note is the figure of Mary Magdalene who, with her long disarrayed hair is prostrate at the base of the cross in a gesture of great love. Lorenzo Chinnici, holds a highly respected position in the difficult world of contemporary art by virtue of a personal and incisive mastery of colour, not to mention a deep awareness of design and perspective, with the present sacred representation he leaves of himself to time a mark of no small importance, albeit with different judgments.

Painted in 2008, this scene of the Crucifixion occupies the entire large niche in the back wall of the Church; above the recess the wall continues for a good height so as to allow a crowning with two mighty angels. Entering the building the giant image, enclosed and surrounded by the brick arch, which includes the altar, simulating a real apse. This Crucifixion burns with the warmth of the Sicilian earth and with the religious inspiration that inspires it, dominated by the chromatic power of the Chinnici Master, of which it is always recognizable, even more than the signature. The large figures completely occupy the large surface (10 ml of width for 4.5 ml of height). The Christ in the center seems to separate the scene in two parts: on one side, to the left of the Crucifix, are the Roman soldiers, centurions with red robes, tight calf-like sandals, helmets, shields and spears, who incredulously look at the God incarnate man who he is suffering on the cross without a complaint: an act of heroism that they can’t understand, closed in the pagan ideology where the distance between God and the faithful is impassable. On the right, in the scene we can recognize: Giovanni, the cousin of Christ, Giuseppe d'Arimatea, Magdalena. The brushstrokes create, directly on the wall, the characters foreseen by the scene; their Author, in addition to the spirituality of the faith that permeates all his religious subjects, has a realistic vision of humanity that does not fail to pervade even the Gospel figures. In the faces of all the characters of this Crucifixion Lorenzo Chinnici has portrayed the humanity of his land, the charm, the beauty and the wild physicality that are the men of the island that so many dominations and so many ethnic blends still show today. But the Master in these bodies wanted to seek the truth of human life, that indicated by the angel to Adam and Eve to expel from the earthly Paradise: "You will work hard, you will give birth with pain." The force or weakness of the limbs of bodies that have known the harshness of the daily labor of living emerges from the figures that make up this painting. The expressions of the faces are those of humanity that surrounds us by living; not "ideal" portraits of saints, but portraits of men including and immortalized while, with sorrow, they perceive the greatness of the divine plan that the Lord has conceived for humanity, the sacrifice of the son, for our redemption. 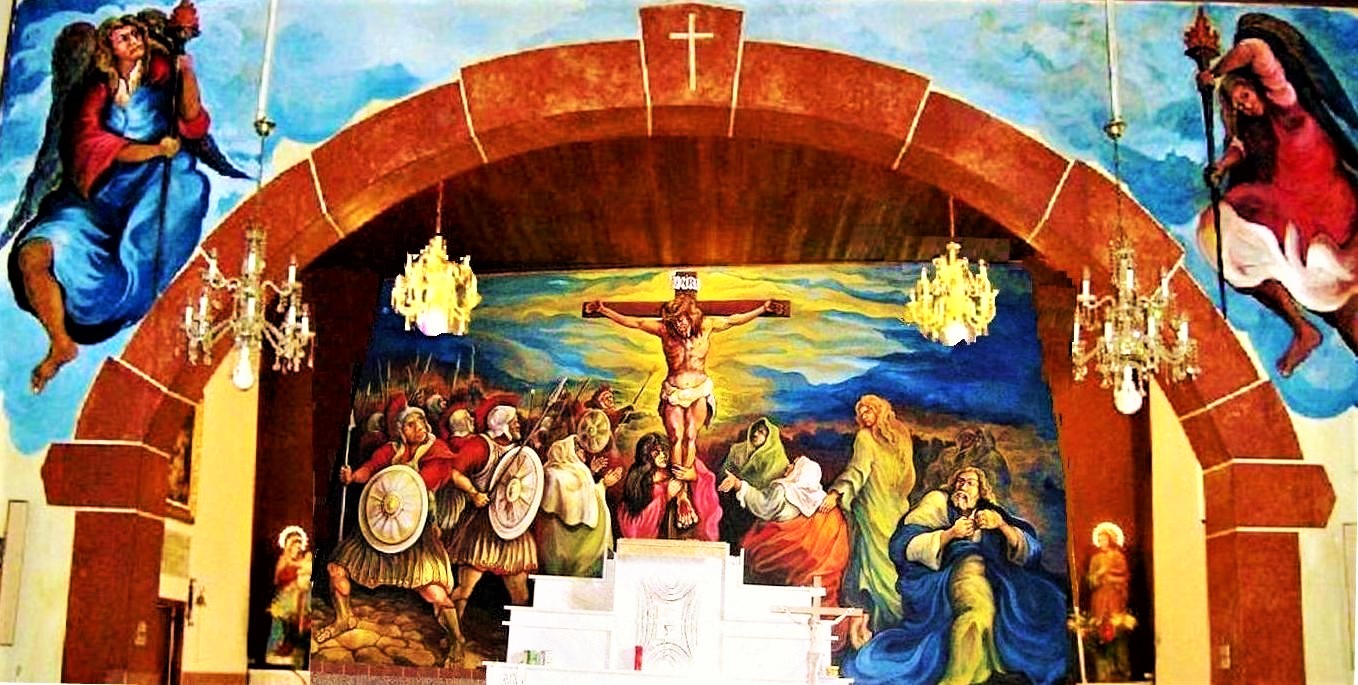 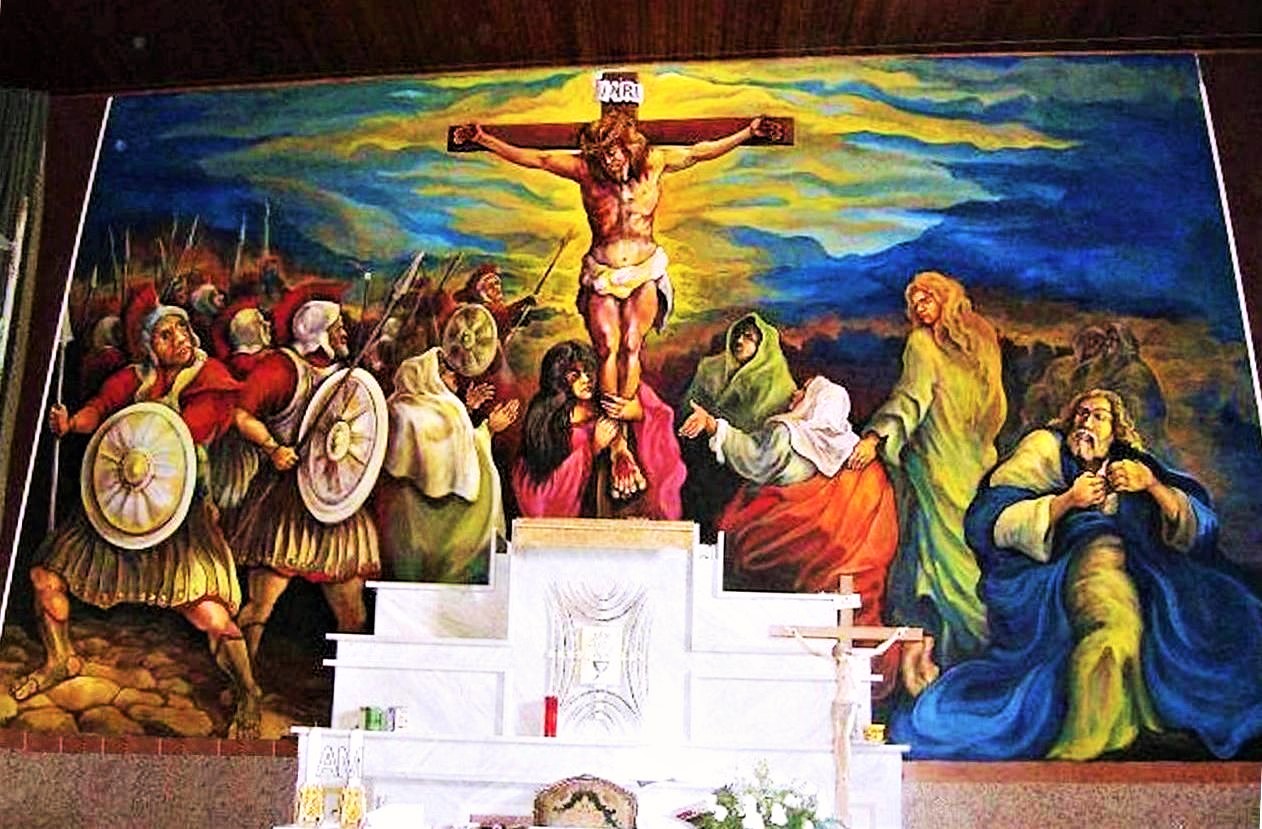 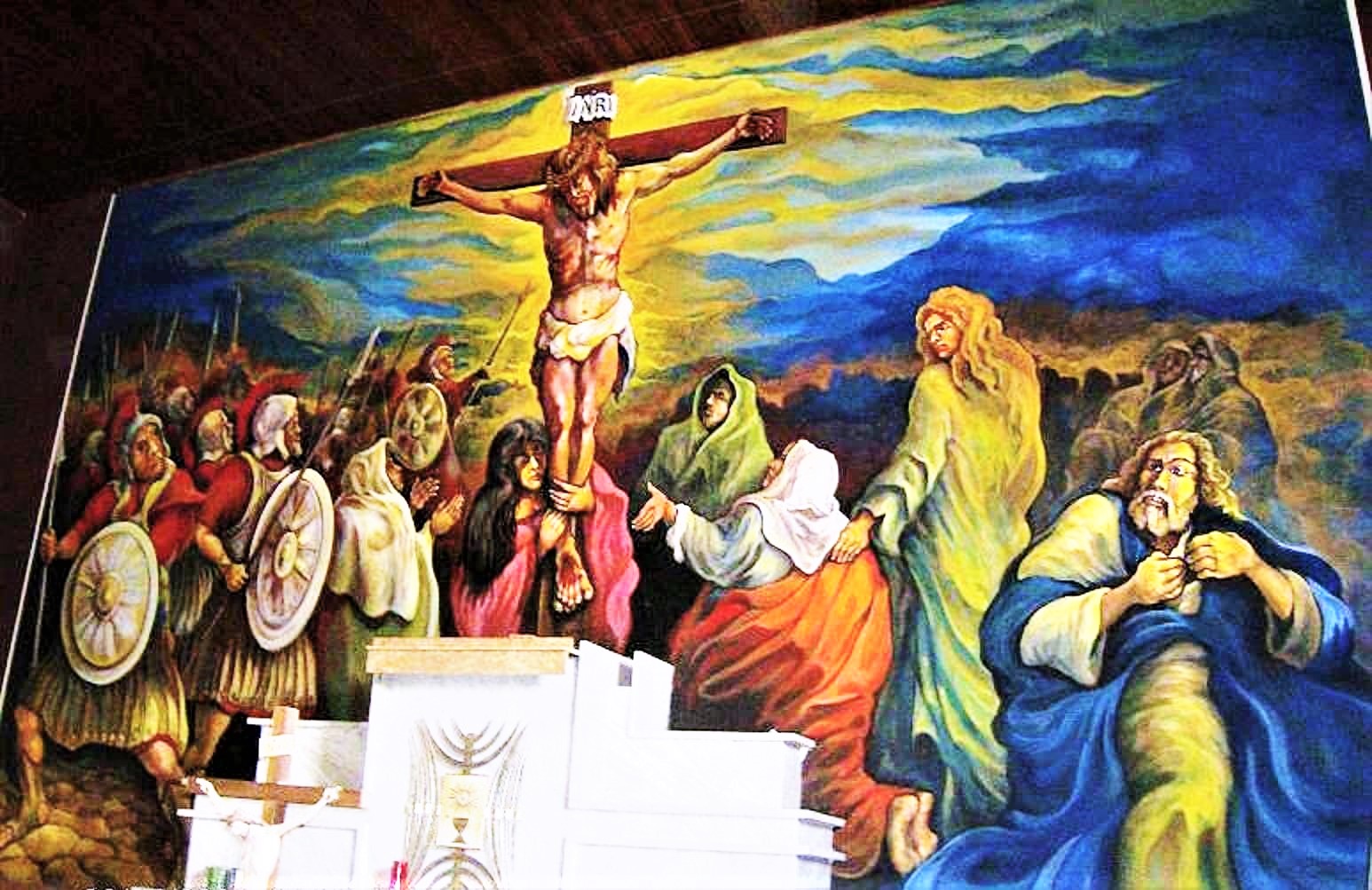 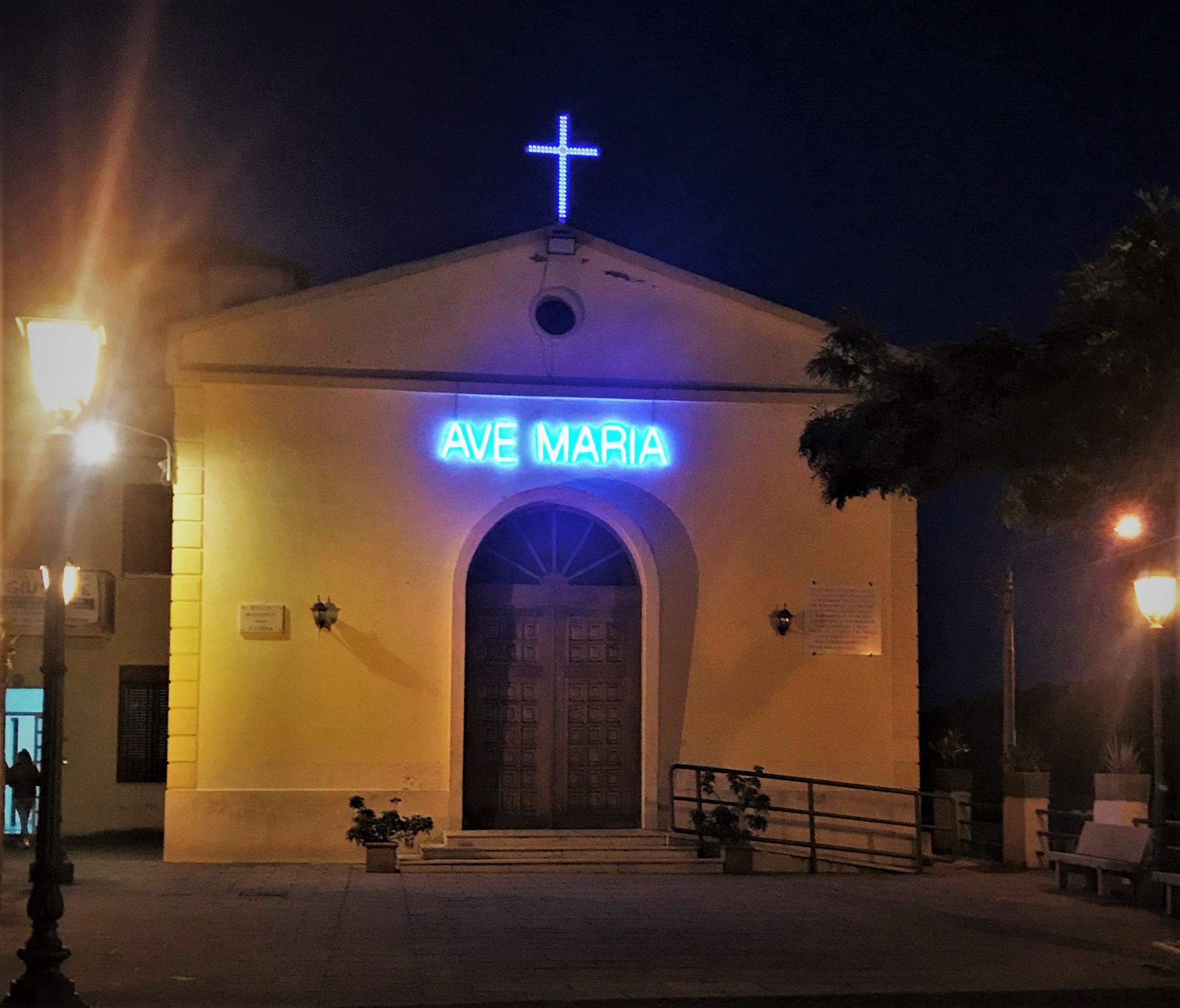 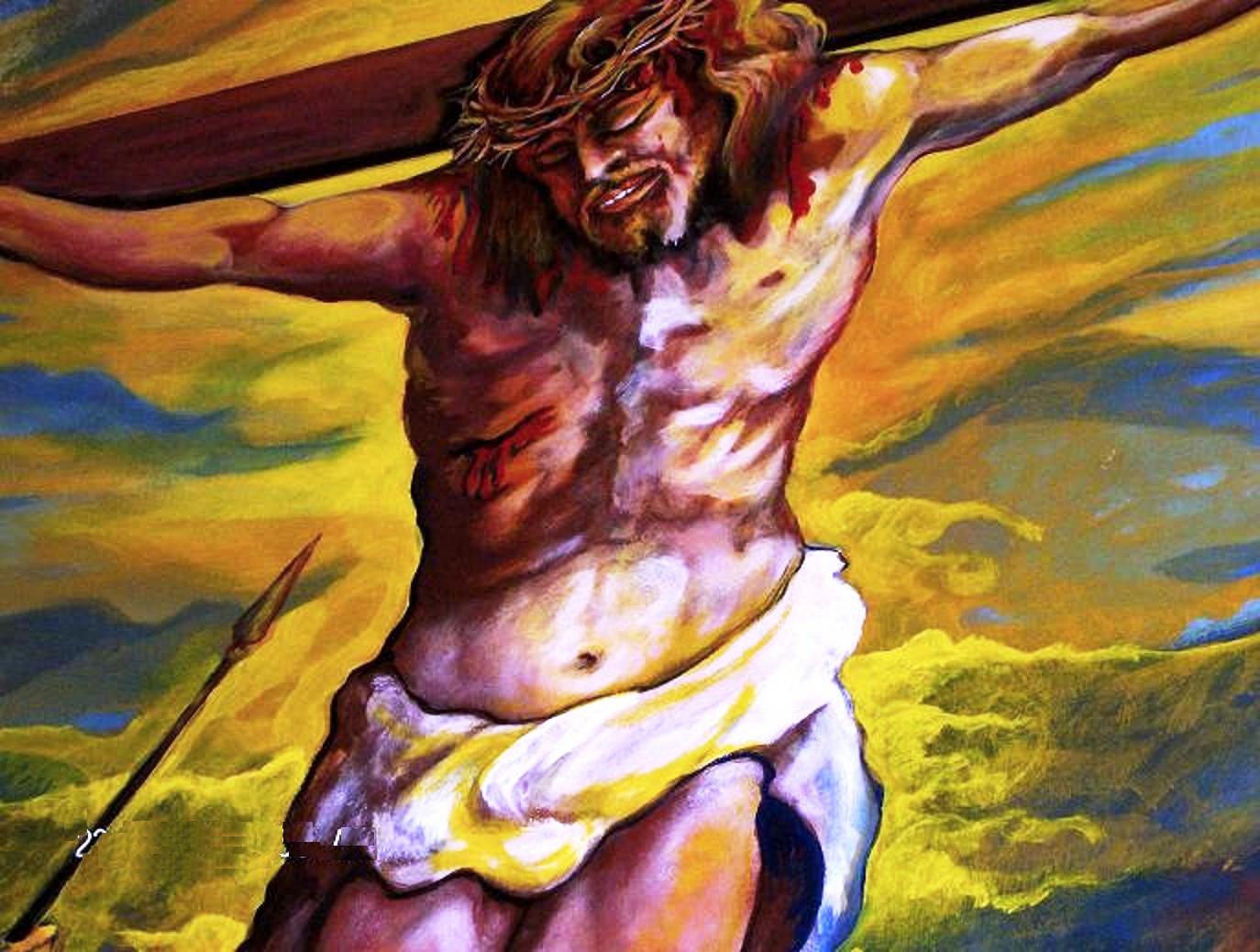 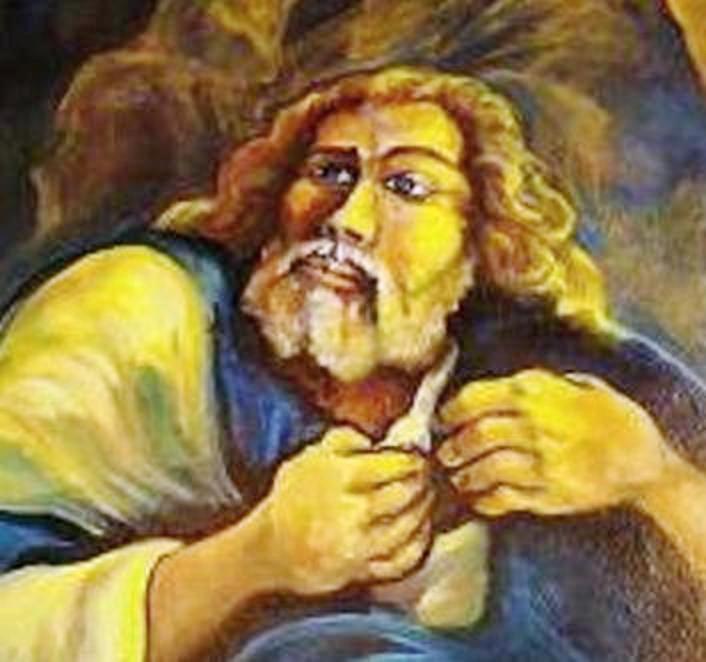 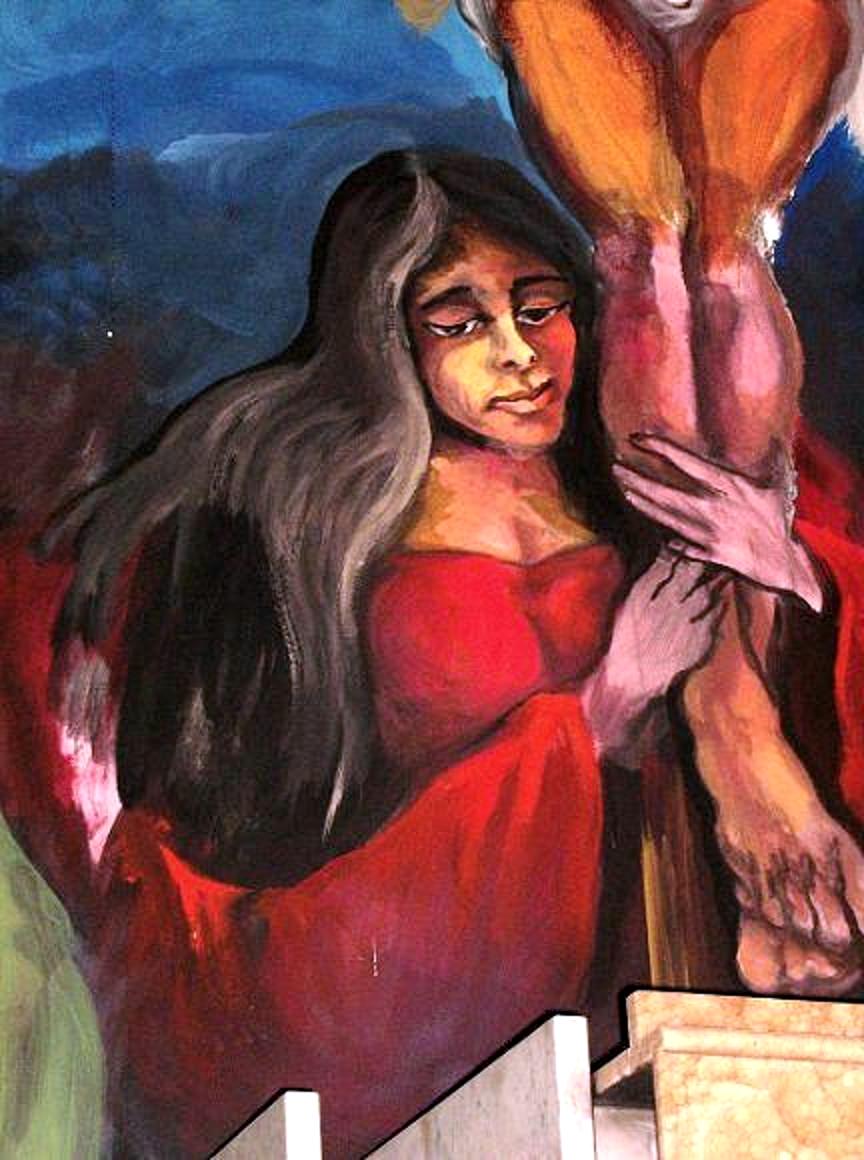 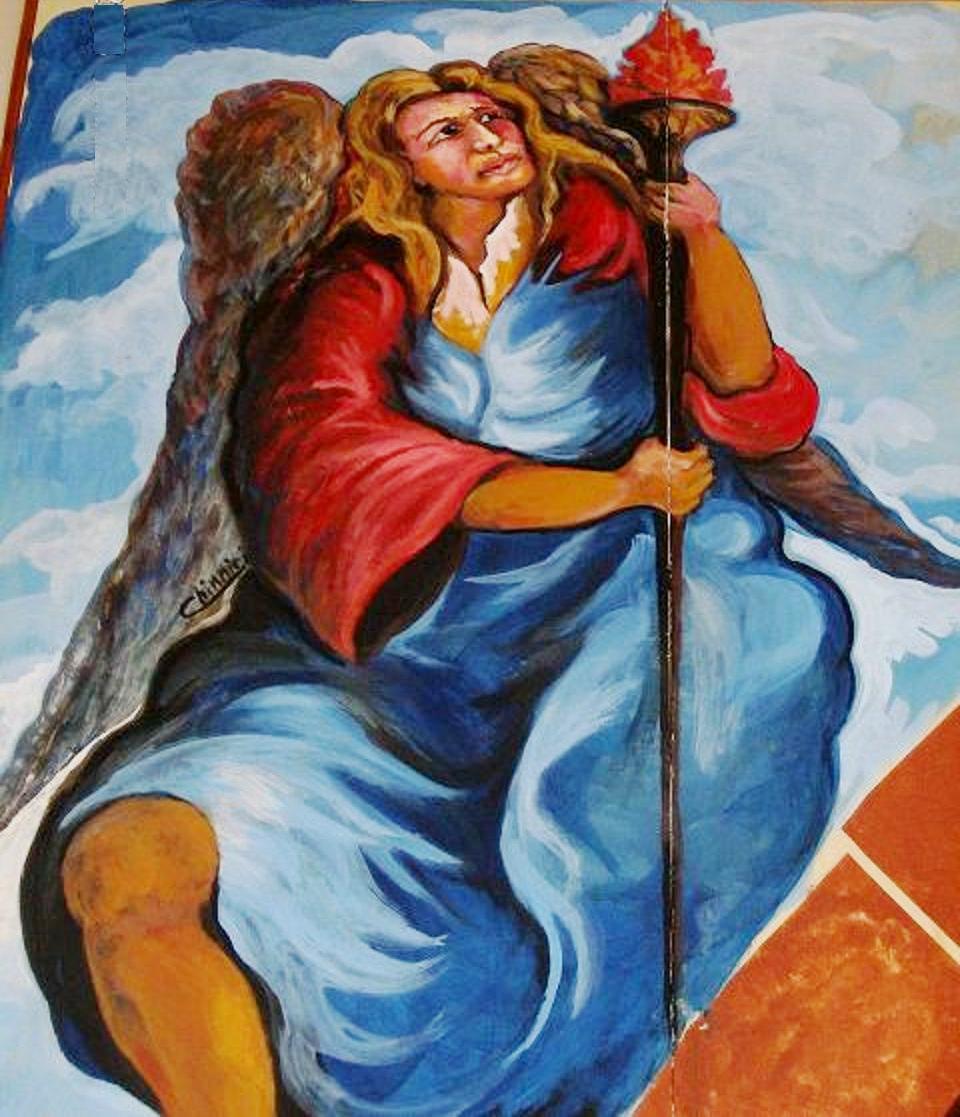 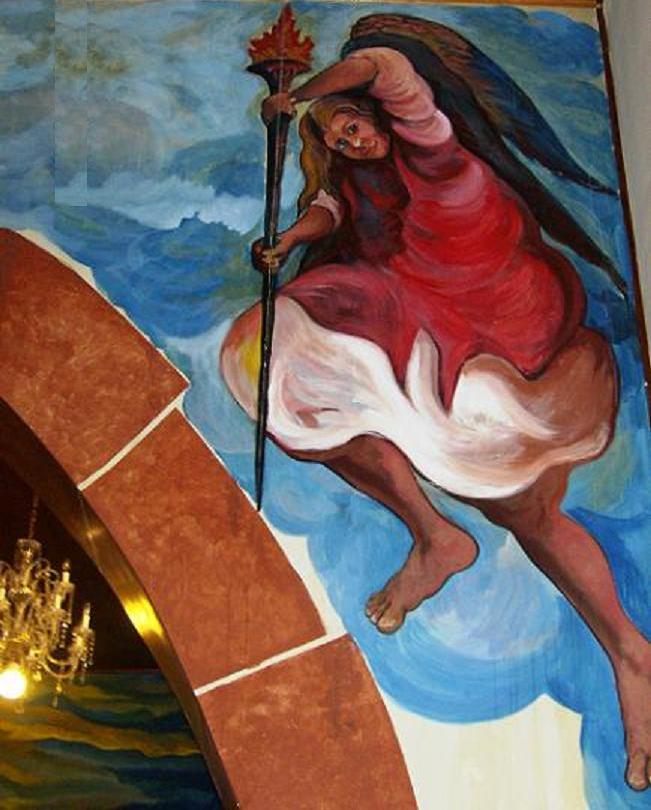